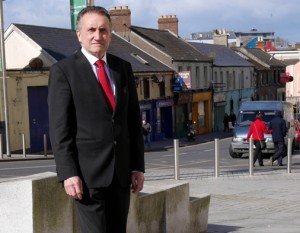 Currently the Local Authority charge annual rates to all business premises based on the valuation figure set by the national valuation office. The Council use this base valuation, and then apply a multiplier of a common € charge. This then produces the annual rate bill per premises.

Long periods go by between the review of the National Valuation Office, meaning that good or bad events are not reflected in the valuation set for commercial premises.

We have seen some area prosper during the periods between Valuation Reviews, while other areas have declined. We particularly see this in the main streets of Balbriggan and Swords, while the same has happened to pockets along other main streets.

We must not let these important sectors of our towns fall into dereliction, with no commercial appeal. Some method of incentive must be provided to existing business people to refurbish their businesses, while also encouraging new retailers to open on the main streets of our towns.

The main street of every community affords social interaction while also sending out a message of what the town stands for. This is very important when attracting new employers to locate in a town.
It should be possible for the Local Authority to vary the rates charged in particular areas. This can be achieved with a simple amendment to the law covering the application of commercial rates. The Council, while continuing to collect the same gross rate figure across the county, should be permitted to provide “special” rate exemption to designated sections of its rate base. For instance, this exemption could apply for the first year after opening, or it could apply to an entire street that has difficulties in generating footfall. The exemption could be phased over a period.

Obviously clear guidelines would need to be established as to the conditions for relief, but we need to establish the principle immediately. Fingal County Council should take the lead, lobbying Government to amend the legislation. It’s vital to ensure the survival of the main streets of our towns and villages.